Story from the City of Helsinki.

When it comes to all methods of travel, the accident statistics are not as good: in 2019, three people died in traffic in Helsinki – one car driver and two motorcyclists. It should be noted that this is the best year in the period under review, with the exception of 2016, when three people also died in traffic.

More than 400 people were injured in traffic in Helsinki in 2019, of whom almost 80 were pedestrians. Many less serious injuries are never reported to the police, which may affect the statistics. Pedestrians slipping and falling are not recorded as traffic accidents. 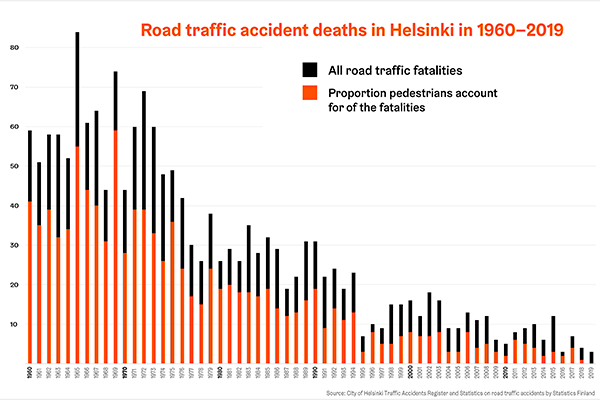